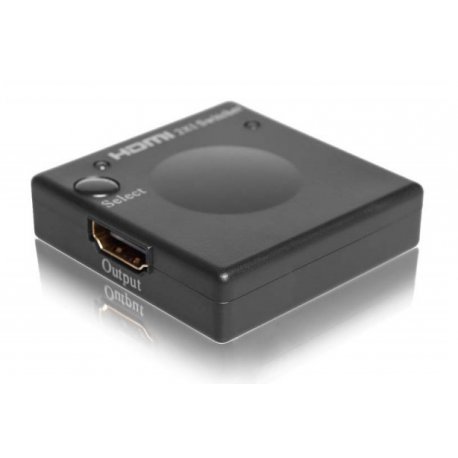 - You no longer have to connect and disconnect your HDMI devices (for example, Blu-ray players, video game consoles, etc.) each time
- Automatically switches to the active HDMI signal source
- Manual selection of signal source at the click of a button
- Power supply integrated via the HDMI cable – no power outlet required, fewer chances of tangled wires

You can connect two HDMI devices (for example, a Blu-ray player and a video game console) as a signal source to one HDMI port on your television set using the DIGITUS HDMI Switch. The device automatically detects which signal source is active and then automatically switches to it. The device in question can also be selected manually at the click of a button. The switch is cable powered via HDMI, meaning that a separate power supply unit and tangled wires are therefore no longer a concern.